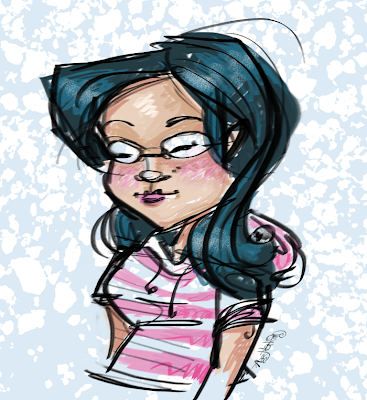 Ki Lin: She's kinda gross...oily forehead, doesnt brush her teeth, and farts a lot. She's actually releasing one right now. Her process is to close her eyes, get calm for a few seconds and then cough really loudly so no one suspects its her-- its always her-- everyone knows. She secretly thinks its cute-- its totally not.

She's got a signature scent that got her kicked out of science, math, and gym. Especially gym. Just darling, really. The kind you wanna take home to meet mother..preferably outside- with a lot of fresh air. 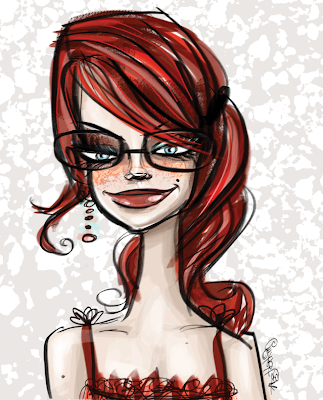 Simona: She loves earth worms, and painting in the dark. She's the weird kind, but is extremely friendly with a lot of secret admirers. (mostly first cousins...)

She baby sits her grandfather every sunday, and believes shes getting his gold watch for doing so when he passes.

She isn't. It's going to her brother, Matthew. 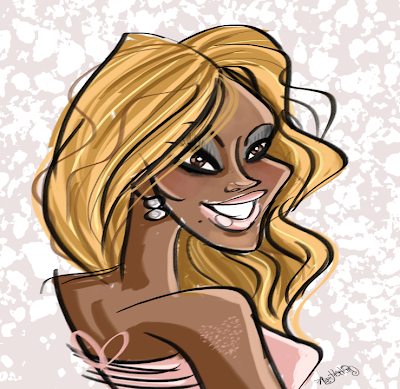 Candy Sparkle Tan: Nothing about her is real--- its sickening. (Kind of hot on the beach though, lets not kid ourselves!) Though in all fairness, that IS her real name-- her parents are just as mentally disturbed as she is.

She's addicted to eye lifts and fake tans; the cheap kind. (She's actually really cheap.)
She's kind of bitchy when people don't recognize her on the streets, and asks them to guess- till they either walk away, or till security comes. (She gets physical.)
However, she DOES have a great voice.

No, she really doesn't. She's just a whore with a really rich daddy.
Just some really fast doodles while at work, trying to get the creative energy flowin... I started cracking up as I was writing these little character descriptions.
Posted by Abz at Monday, June 07, 2010

Love the fast creative hustle on the sketches. I find I have to get the juices going at work just to even feel creative...even if the job isn't exactly creative...

If you were to take these further what directions would you go in?

Did Simona reallyyyy win prom queen? I bet her friends don't know about the worms...

Great work Abz!! Love the looseness to all these drawings and love the personality to each one as well. Fun work buddy!

lincoln, I would have just been cleaner with the colouring, and took longer time to clean the lines and finish it all up--! ;)

Wow! All this hostility?! And in a form of a gorgeous woman who looks like me! Are you trying to tell me something?
Incredible as always! Xx :)

These are great! I'm a big fan of swift fast lines and the style like I mentioned on your other sketches. If you ever do a lot of them, I'd be neat to see them in some kind of little book.

Girls are always so much to draw.